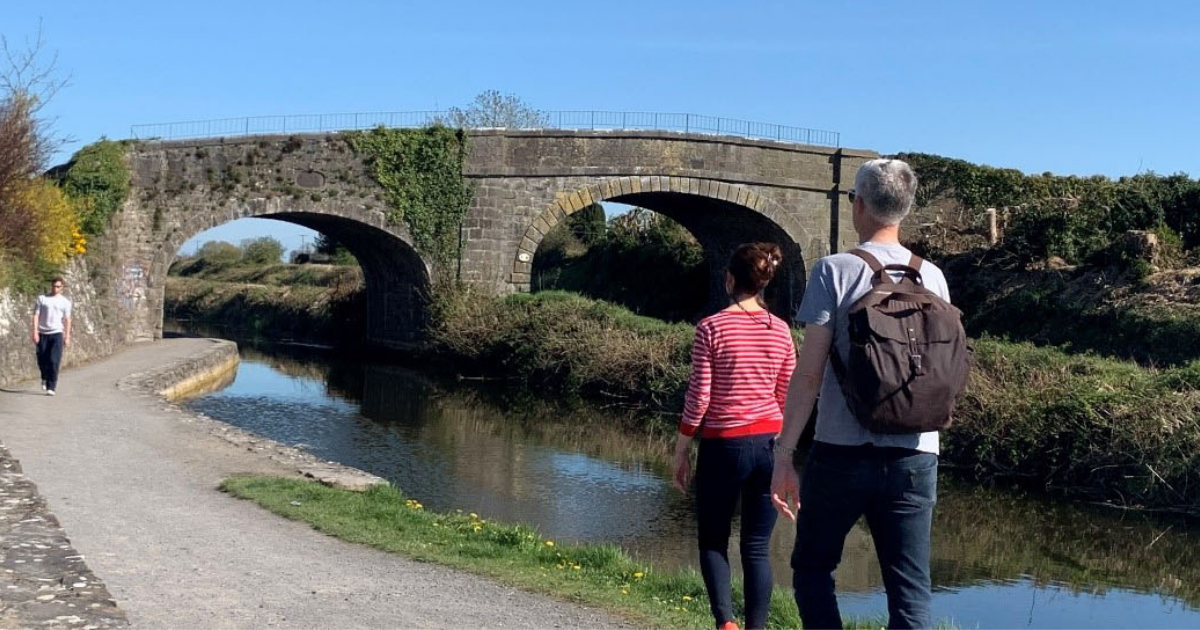 The National Famine Way is a historic walking and cycling route that stretches 165 km from the National Famine Museum in Strokestown Park, Co. Roscommon, to the Famine Memorial on Custom House Quay, Co. Dublin. The trail is both digitally and physically waymarked, following the ill-fated footsteps of 1,490 emigrants who were forced to walk this route during the 1847 famine.

The 165 km trail takes walkers and cyclers through unspoiled countryside, country lanes, villages and towns, from Roscommon to Dublin City Centre. Along the way, you can learn the fascinating and tragic stories of the Irish Famine. The route begins and ends with two iconic and thought-provoking museums, starting with Roscommon’s National Famine Museum and ending with the EPIC Irish Emigration Museum in Dublin. As well as exploring Ireland’s natural beauty, you will also gain an appreciation of its deep history.

Walkers and cyclists can choose to purchase the National Famine Way Passport and Guide, which highlights the local historical landmarks along the trail. 27 stage stamps can be collected along the way, which will serve as a record of your journey’s progress. Upon the collection of all stamps, you can receive a completion certificate as a reminder of your special experience. The National Famine Way route is marked by more than 30 pairs of bronze children’s shoes. A free app follows the experience of 12-year-old Daniel Tighe, with relevant audio and video centred around the bronze shoes.

The National Famine Way can be completed in sections or all in one go, and B&B Accommodation can act as the ideal base for this adventure.